Art and Faith at the Crossroads

Special Exhibition: Art and Faith at the Crossroads

A SELECTION OF IMPORTANT WORKS OF ART 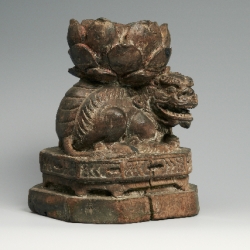 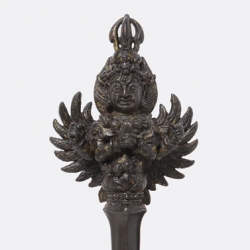 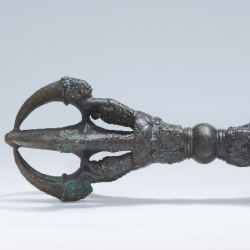 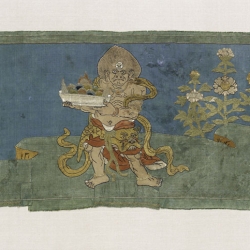 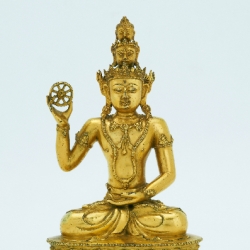 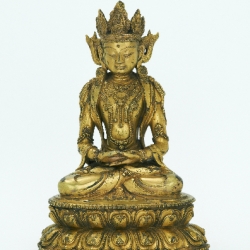 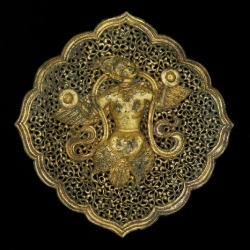 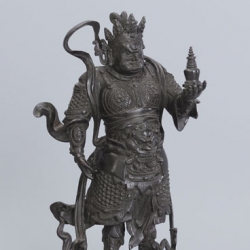 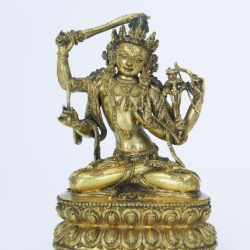 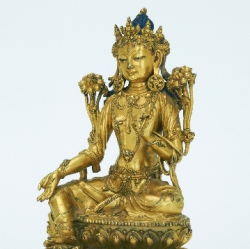 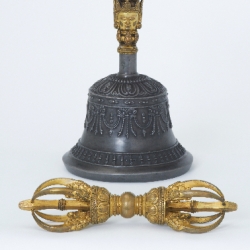 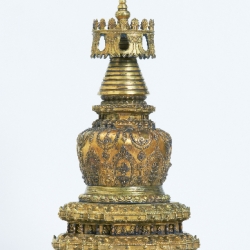 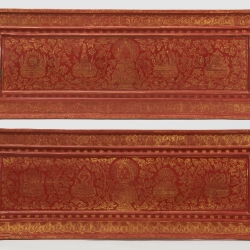 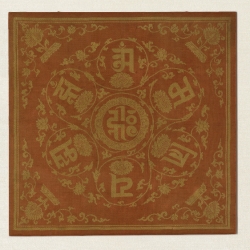 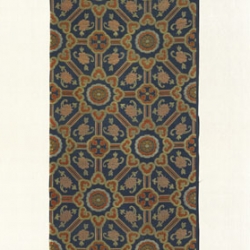 For well-known historical and geographical reasons, the Chinese connection to, and interaction with Tibetan Buddhism and devotional arts, have been deep, complex and long lasting. The focus of the catalog and related exhibition is on the crucial and most inspired phase of this relationship which ultimately culminated in a specific and clearly defined “Tibeto-Chinese” style in the first quarter of the 15th century during the Ming period. As the term suggests, most of the objects displayed in this presentation depend on an iconographic Tibetan background in connection with Vajrayana Buddhism, although they were produced in China.
After over a decade of preparation and research, this is the first exhibition entirely dedicated to this fascinating topic. Within a group of 60 works of art, there are Buddhist images, ritual objects, sutra covers, stupas and textiles – many of which are rare and shown for the first time.

This section focuses on works of art from the Dali Kingdom, which was located in Yunnan. Despite its relatively small size, this border state in the southern part of China has produced a surprisingly large number of icons and ritual implements in a complex artistic style. The influence of three different Buddhist schools are noticeable: Mahayana and Theravada Buddhism from the south (Burma, Laos, Thailand and Vietnam), Pure Land Buddhism from the northeast (China), and Vajrayana Buddhism from the northwest (Tibet). All these religious sources were influential, resulting in a localized and new combination of stylistic elements. Although there is no such thing as a true “Tibeto-Chinese” style in the art of the Dali Kingdom, the presence and influence of Tantric practices associated with Tibetan Buddhism in Yunnan are clearly noticeable. This is well illustrated by the ritual implements, some of which show unusual and rare features.

The ascension of the Mongol ruler Khubilai Khan (1215-94) to the Chinese imperial throne in 1271 marks a historical and political turning point for large parts of Asia. It was also an event with a tremendous religious impact. After he had become the first emperor of the Yuan period and had adopted the Sakya tradition of Tibetan Buddhism, he declared Vajrayana as the state religion, leading to the production of Buddhist images in a new style. Artists from Central Asia, and principally from Nepal and Tibet, collaborated with their Chinese counterparts in the imperial workshops in the capital to produce devotional objects for the court. The most capable and influential of all the foreign artists was Aniko (1245-1306) who was introduced to the Mongol court in 1262. The patronage of Tibetan Buddhism by the Yuan emperors is recorded and there can be no doubt this resulted in the production of what must have been a large number of Buddhist sculptures, paintings and manuscripts in a “Tibeto-Chinese” style of the 13th and 14th century, however the corpus of devotional arts which can be securely identified as Yuan period, today, is surprisingly small.
A group of metal images from the Yuan period are presented in the context of this exhibition and their specific stylistic features identified and discussed. They are rare examples of a crucial period requisite to include in the definition of the development of Tibeto-Chinese art.

This section concentrates on the early phase of the Ming period, specifically the last decades of the 14th and the first half of the 15th century. During this period, the Chinese emperors (especially Zhu Di, reigned 1403-24) had a strong personal interest in Tibetan Buddhism. Tibetan monks educated some emperors, and they commissioned Buddhist icons, ritual implements and other religious objects decorated with Tibetan Buddhist symbols, from the imperial workshops. Imperial donations were made to the delegations of important representatives from Tibetan monasteries when they visited the Chinese capital. The unsurpassed artistic quality, the flawless casting and the rich gilding are characteristic of these objects, some of which carry the imperial six-character reign mark. After the Zhengtong (1436-49) and Jingtai (1450-56) reigns, the importance and influence of Tibetan Buddhism at the Chinese court rapidly diminished and this soon reflected on the sculptures and ritual implements produced at that time.

It is the goal of this study to shed new light on the art historical development of Tibeto-Chinese art during the 13th – 15th centuries. Through the exhibition and examination of the product of the meeting of these two powerful cultures as evidenced in the objects from this period, it is my hope that the audience can join me in a celebration of the beauty, faith and complex symbolism embedded in these treasures.
Robert. R. Bigler